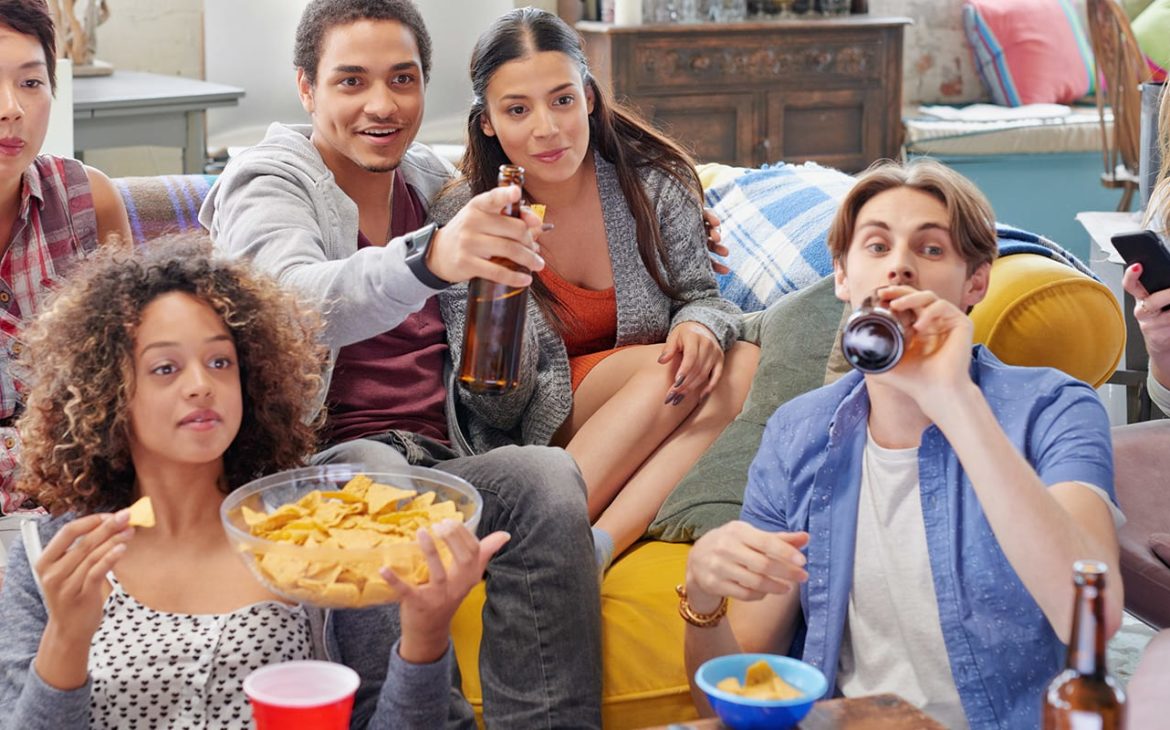 An article in the April, 2016 issue of the American Journal of Public Health caught my eye: “Homeopathy Use by US Adults: Results of a National Survey.” I was pleased to see that homeopathy use is actually quite low. The 2012 National Health Survey found that only 2.1% of U.S. adults used homeopathy in the last 12 months, although that was a 15% increase over 2007. Users were mostly young, white, well-educated women, the typical CAM consumer.

Even fewer saw a homeopathic practitioner (only 19% of all users), although those who did perceived a greater benefit from homeopathic remedies. This difference, speculate the authors, could be due to several factors, one of which is

a more individualized and effective homeopathic prescription by the provider.

What? Are the authors suggesting that the series of off-the-wall questions asked by homeopaths leads to a prescription of an “effective” homeopathic remedy?

They certainly seem to be. Who are these authors, anyway?

They are Michelle L. Dossett, MD, PhD, MPH, Roger B. Davis, ScD, Ted J. Kaptchuk, and Gloria Y. Yeh, MD, MPH. All are, or were, with the Division of General Medicine and Primary Care, Beth Israel Deaconess Medical Center. All are also connected with Harvard and work, in various ways, in “integrative medicine” research. The article was funded, in part, by the National Center for Complementary and Integrative Health, and in part by Harvard.

But that was not even the first “What?” moment I had in reading the article. (Actually, a phrase beginning with “What” came to mind.) We know we have passed out of objective reporting and into advocacy in the very first paragraph:

We’ll return to this paragraph later in the post and see if the evidence supports these assertions.

The curious incidents of ignoring evidence

If one were unaware of homeopathy’s scientific implausibility (impossibility, really) one would be wholly unenlightened by this article. There is not a whiff of an acknowledgement that basically the entire scientific community readily discounts all of its many proposed mechanism of action and its effectiveness has been thoroughly debunked.

Homeopathy cannot work. That is as reliable a scientific statement as any we can make. In other words, if homeopathy did work, we would have to rewrite major parts of basic science textbooks, including physics, chemistry, and biology. When tested clinically, despite their utter lack of plausibility, homeopathic potions are shown to lack efficacy. So not only should they not work, they in fact don’t work.

Yet, Dossett et al. benignly describe homeopathy as “a system of complementary and integrative medicine (CIM) with a resurgence of public interest in recent decades.” For this proposition, they cite British homeopath Peter Fisher and an article by him titled, “What is homeopathy? An introduction.” I don’t have access to this article, but I do know Fisher’s explanation of how homeopathy “works.” Or, as Steve Novella described it in his decimation of another attempt by Fisher to explain homeopathy:

Fisher tries desperately to rescue the 200 year old pre-scientific notions of homeopathy, but only reveals the intellectual bankruptcy of that profession.

Also cited for this proposition is an article by Wayne Jonas and Ted Kaptchuk, titled “A critical overview of homeopathy,” in the Annals of Internal Medicine (which Mark Crislip discussed recently). They suggested, 13 years ago, that

Homeopathy deserves an open-minded opportunity to demonstrate its value by using evidence-based principles.

Fortunately, this has been done, and why the authors didn’t bother to mention it is indeed curious.

Most recently, The Australian Government National Health and Medical Research Council assessed the evidence of the effectiveness of homeopathy for treating health conditions, based on an overview of published systematic reviews by an independent contractor. Other information considered included an independent evaluation of information provided by homeopathy interest groups and the public, as well as clinical practice guidelines and government reports. The Council concluded:

Based on the assessment of the evidence of effectiveness of homeopathy, NHMRC concludes that there are no health conditions for which there is reliable evidence that homeopathy is effective.

Prior to that, another exhaustive review was undertaken by the U.K. House of Commons Science and Technology Committee (2010). It wasn’t cited either. The Committee concluded:

This is not the first time Dossett, Yeh, Davis, and Kaptchuk have published a journal article with less than full disclosure regarding the overwhelming scientific consensus that homeopathy can’t and doesn’t work. In this effort they were joined by Iris Bell, MD, of the University of Arizona Center for Integrative Medicine, whose studies of homeopathy, funded by the NCCAM (now the NCCIH) to the tune of several hundred thousand dollars, have been duly lambasted by David Gorski. (Sample comments: “utterly scientifically bankrupt nature of the hypotheses and the methods of testing;” “although imagination is a good thing in science, there is a difference between imagination and just making stuff up, and Bell’s review article definitely falls into the latter category.”)

This article is “Patient-Provider Interactions Affect Symptoms in Gastroesophageal Reflux Disease, A Pilot Randomized, Double-Blind, Placebo-Controlled Trial.” Patients were given either an over-the-counter homeopathic product, Acidil, or a placebo. Patients also got either a standard visit with an “empathetic conventional primary care evaluation” or that plus “an expanded visit with questions modeled after a CIM [complementary and integrative medicine] consultation.”

Acidil, a Boiron product, as the authors explain, is not composed of “ultra-high dilutions” beyond Avogadro’s number, which, they point out, “is a source of controversy regarding the mechanism of action of homeopathic medicines.” Although diluted it is: at a 4C homeopathic dilution, one part of the “mother tincture” bobs around in 100,000,000 parts of inert solution.

Actually, while it is true that using dilutions beyond Avogadro’s number is one reason homeopathy has been rejected by science, that is not the only reason by any means. And there is no “controversy” regarding the mechanism of action at all, at least not among scientists.

As one might expect, Acidil was no better than placebo. They’ve got an explanation for that one too:

the study was not adequately powered to detect an effect. . . As we used a combination product and did not individualize based on subjects’ symptoms according to standard homeopathic methodology, our study should not be construed as a test of homeopathy per se.

As if any of these factors makes the least bit of difference.

What the study did determine is that patients who got the extra time with the CIM practitioner (who, despite their denial of using “standard homeopathic methodology,” used questions that seem lifted right out of the standard homeopathic methodology playbook), did better, although they couldn’t tell exactly which factor involved in this extra time together made a difference. They speculate there may be “some powerful salubrious effect” to CIM consultations, regardless of the intervention used, although why this “powerful” effect is exclusive to CIM practitioners, they don’t say. As University of Florida cardiologist David Winchester, MD has pointed out, an appropriate control in studies where the CAM practitioner is given extra time with the patient is a conventional practitioner with the same opportunity.

As promised, let’s return to the “potential public health benefits” of homeopathy Dossett et al. “suggest” and the evidence cited for that “potential.” What we find is a massive exercise in cherry picking.

Let’s take a closer look at that last one. The cited article is Golden I, Bracho G. “A reevaluation of the effectiveness of homeoprophylaxis against leptospirosis in Cuba in 2007 and 2008,” J Evid Based Complementary Altern Med, 2014.

Here is the conclusion:

The results support the previous [thoroughly debunked] conclusions that homoeoprophylaxis can be used to effectively immunize people against targeted infectious diseases such as leptospirosis.

As well, Golden and Bracho note that,

The Cuban experience with homeoprophylaxis against leptospirosis has been and remains a very positive one. It has given rise to further government-directed immunization against hepatitis A, swine flu, pneumococcal disease, and dengue fever using homoeoprophylaxis. [Emphasis mine.]

I have to assume that Dossett and her co-authors, as well as the AJPH reviewers, read the manuscript citing homeopathic vaccines for leptospirosis as a “potential public health benefit.” I also have to assume that at least one of the authors read the article itself, could readily see the problems with the Golden and Bracho’s conclusions, and note their implication that homeopathic “vaccines” were effective for several other diseases.

Shame on them. It is nothing short of despicable that medical doctors, some of whom hold Masters of Public Health degrees, and others with responsible positions at prestigious educational institutions and hospitals, would sign on to an article supporting the preposterous and wholly unethical position that people should be vaccinated for infectious diseases with homeopathic “vaccines.” I am absolutely appalled that anyone could actually read this article and agree with its conclusions.

As well, they should be condemned for failing to present an accurate and scientifically defensible representation of homeopathy and the conclusions from responsible organizations, after exhaustive reviews, that homeopathy is ineffective for any disease or condition. And yet they have the audacity to suggest that “further research on this modality and targeted studies of users.”

Indeed, as the House of Commons Committee put it, after having experienced a similar problem:

We regret that advocates of homeopathy, including in their submissions to our inquiry, choose to rely on, and promulgate, selective approaches to the treatment of the evidence base as this risks confusing or misleading the public, the media and policymakers.

The American Journal of Public Health is published by the American Public Health Association, the nation’s premier public health organization and an obvious advocate of immunization. According to AJPH, papers submitted to the journal are assigned 3 reviewers and only about 18% make it to publication. That system failed here. The AJPH should retract this article immediately.